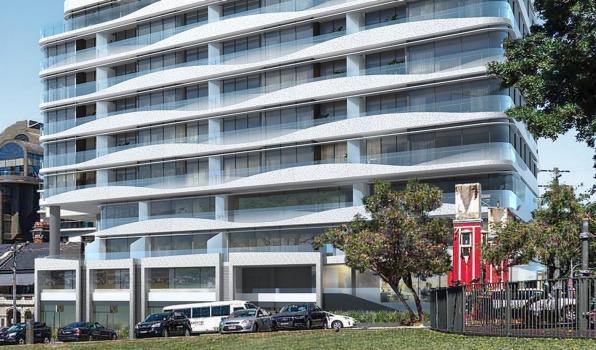 Last month, the devleoper purchased a development site in Cherrybrook in Sydney’s northwest, a 7153 sq m amalgamation of a block of 12 older units and three houses at 154-158 Castle Hill Road.

The Milsons Point site acquisition predates the Cherrybrook deal by a week, however, the company only spoke publicly about the sale for the first time last week.

It is understood Zone Q paid about $55 million for the property, approved for 72 apartments, acquiring it from another Chinese investor Fu Ji.

Zone Q confirmed it will launch the sale of the apartments in early 2017.

“We have a lot of confidence in Sydney’s luxury apartment market so this site is a great debut for us in such a prestigious harbourside location”, Zone Q investments sales and marketing manager Danielle Baker said “It’s the right platform for us to demonstate the high quality people have comr to expect from our projects.”

Fu Ji in turn made a strong return on the property, having paid just over $25 million for it in 2013.

The off-market sale attracted several other developers, with Zone Q leading the charge on a quick settlement, sources said.

The site will yield fewer apartments than the 172 it plans for the Cherrybrook site, subject to approval.

Under the plans, any new towers over 55 metres can have no more than half of their space devoted to residential accommodation, in an effort to balance the growth of apartments with commercial space.

Zone Q debuted in Australia in South Perth in 2013, with the launch of a $70 million, – 20-storey apartment tower with 102 apartments, “Pinnacle South Perth.”