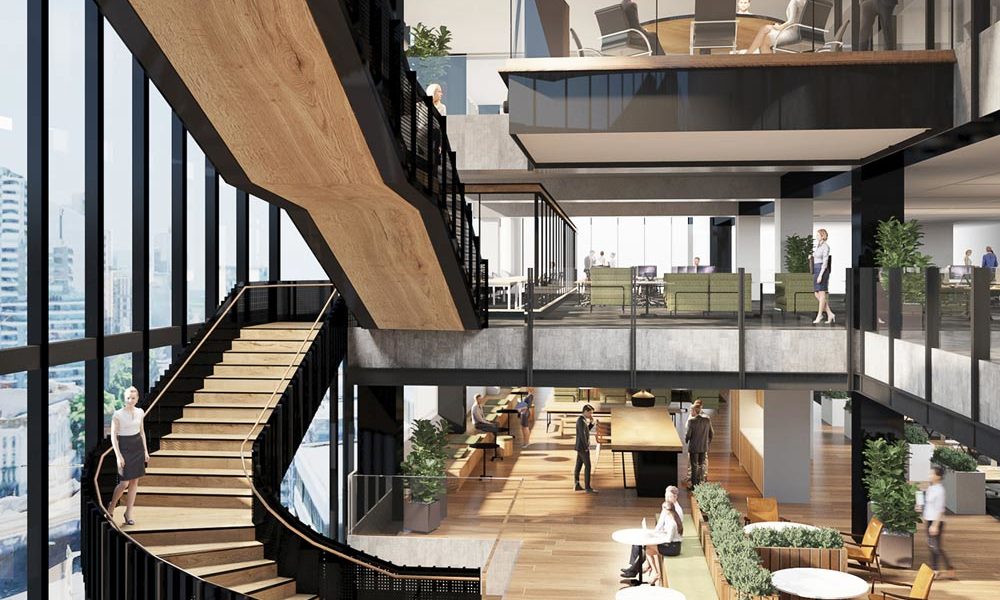 China-backed developer Zone Q has launched an ambitious plan to transform the home of Victoria Police in Melbourne into a $280 million asset after picking up the building for less than half that amount earlier this year.

Zone Q is the Australian arm of Chinese player JiaHe JianAn Group. It has become increasingly busy since its debut in Perth five years ago with the launch of a 20-storey apartment tower with 102 apartments.

In January, Zone Q swooped on a major office tower on Flinders Street in a $122 million acquisition from Sydney-based fund manager and adviser Anton Capital.

On the southern flank of the CBD, 637 Flinders Street is entirely tenanted by the police force, which is due to leave in 2020 to occupy a new home being developed by Cbus Property on Spencer Street.

Anton had picked up the Flinders Street building four years ago, as part of a portfolio of assets it acquired from Morgan Stanley’s Arena portfolio before putting it on the market early last year.

There is plenty of upside in the Flinders Street building with its new owner bringing in Cox Architecture for a wide-ranging transformation which will retain most of the existing building while adding winter gardens, terraces and a communal rooftop.

The 14-storey tower sits on a 4,200 square metre site in a small corner of the CBD on the north bank of the Yarra, next to Docklands.

The precinct is fast evolving through projects such as the $450 million Seafarers Place development by Riverlee along with an $800 million, three-tower apartment project being developed by Century Group Aus.

After its refurbishment, the revived tower at 637 Flinders Street will have 26,000 square metres of area to lease with floor plates ranging from 650 sq m to 3,500 sq m.

“We look for sites that are well located and supported by strong fundamentals such as good natural light, flexible floorplates and existing amenity nearby.”

Artifex Property Group is the asset manager for the Flinders Street building.

Zone Q’s portfolio has risen to $650 million in real estate across Perth, Sydney, Melbourne and Auckland.

“We’re looking at counter cyclical opportunities in Perth and Brisbane, as well as increasing our presence in key Melbourne, Sydney and Auckland markets,” Mr Crotty said.